A positive mindset does as much harm as a negative one! 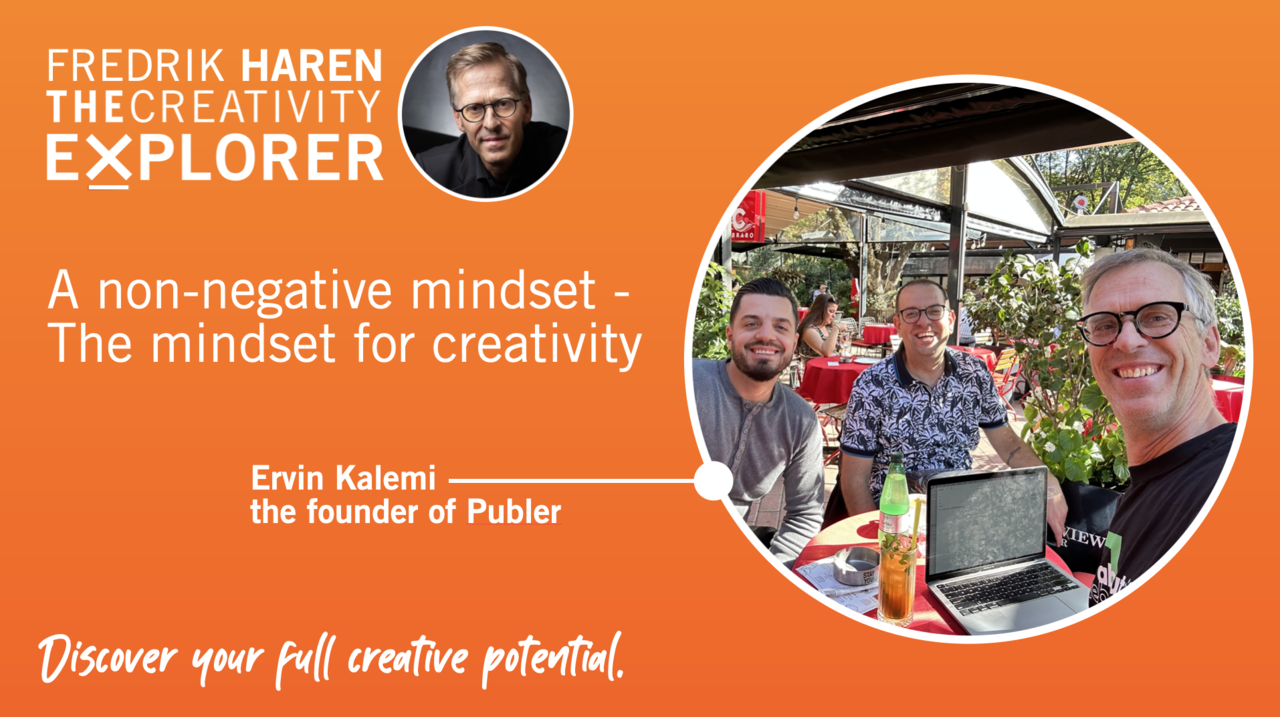 But so can a positive mindset; it sounds counterintuitive, but let me exemplify.

Let’s take the accident on Apollo 13 when there was an explosion and rupture of an oxygen tank.

A negative mindset (“Oh, no, we are all going to die!”) would have killed creativity.

But a positive mindset (“Eh, it’s ok, this is nothing to worry about.”) would have killed not only creativity but the astronauts as well.

So what kind of mindset should you have then?

The answer is: a “non-negative mindset”.

I learned about a “non-negative mindset” from Ervin Kalemi, the founder of Publer, a social media management platform founded in Albania.

Ervin, who is Albanian, created Publer when he lived in the USA, but he moved back to Tirana to develop it into a company. I met with him at a café on the bank of one of the lakes in Tirana close to his office.

When he moved back to Albania many people in his home country thought he had failed because he moved back from America. And when the company was still young they made fun of the small business he had.

He still remembers how a friend of his dad laughed at him when he found out that Ervin, at the time, had just 50 paying customers. “This will never work”, he was told.

Ervin looks at me and gives me a weary smile: “There is so much negativity here in Albania. That inspires me. I like the ups and downs of life. It’s challenging me.” Ervin tells me that his favorite thing as a child was rollercoasters.

“All the rejections made me stronger”, Ervin told me. “I turn them into challenges."

If someone tells you they do not think you can jump over a cliff, you can choose to accept that as a fact, or you can look at it as a challenge. As if someone just challenged you to jump over the cliff.

I asked Ervin how he built up immunity to negative comments from others to keep a productive, non-negative mindset focused on solving the problem.

- Focus on what you want to do, not on what others are thinking.

- Try to be a problem solver

- And make sure you are spending your energy on solving the right problem.

And then I added a fourth one:

- Don’t worry about small things. And remember: What others think is always a small thing.

The non-negative mindset when an oxygen tank explodes in space is: “We need to fix this, so how do we do that?”

Always try to keep that mindset.

(Fredrik's insight on creativity comes from exploring creativity in Albania a few days ago. Follow his newsletter for more insights into creativity from people around the world to explore The World of Creativity.)