Nicholas Gjokaj: I found my WHY in Albania! 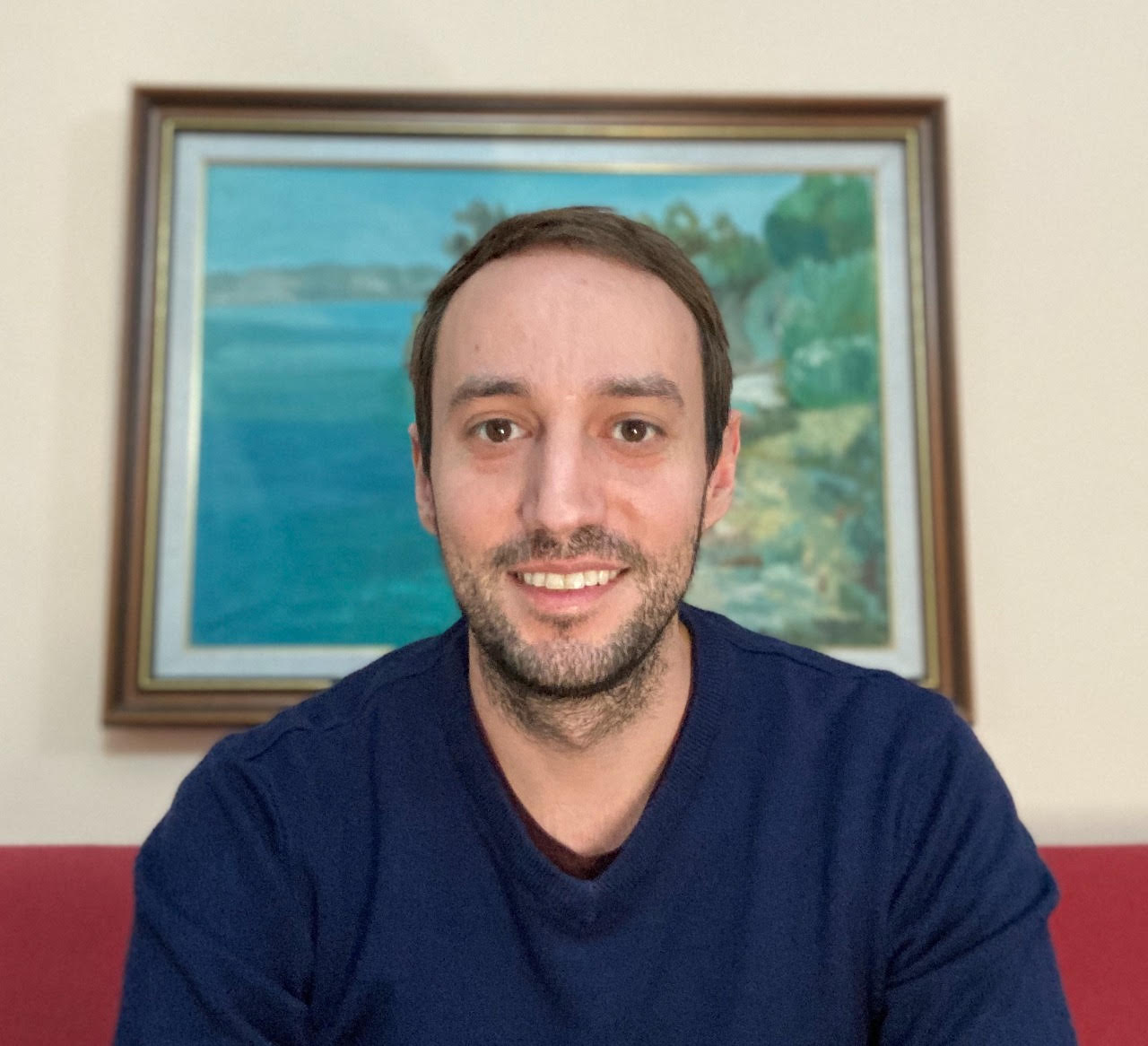 “You have stated that you came to Albania because you want to spend your whole life here, what is your story?” this is how I started the interview with Nicholas Gjokaj, the boy that left the “American Dream” to spend his life in Albania. He wasn’t born nor raised in Albania, but like we Albanians often say “e thërret gjaku”, meaning that he felt he could be better in his own land, with people of the same blood, sharing the same history.

Nicholas was born in the United States, in Michigan. His parents' origin is Malesia e Madhe, but they moved to the USA 50 years ago. While living in America he has been in close communication with a community of Albanians near his area.

“Being Albanian has always been a big part of my childhood, it is always something that I was proud of. Being Albanian intrigued me in terms of knowing who I am and where I come from.”, says Nicholas.

He finished his studies in Arizona and moved to Ecuador to do volunteer work for two years as part of "US Peace Corps" program, helping small businesses to do their budgets, manage their business, and be entrepreneurs. He explains that the US government sends volunteers around the world to try and help in different ways, but suddenly he didn’t feel that he had had a great impact, he felt that he lacked the right skills and network so he went back to school to pursue his studies on a masters degree and became a consultant.

“I worked for a pretty large consulting firm, McKinsey and Company, spent about 2 years there working on different projects, starting from helping manufacturers figure out what cars they should sell in the US market, to helping factories figure out what they can do more efficiently, how to produce parts that can be competitive on the market and produce enough to sell to customers.”

First two years in his career he won a broad experience, he understood how it feels to work for large companies while working with Fortune500 companies. He took a deep dive into the operations of companies that foster 50 000 people in their employee lists but he wasn’t able to understand how someone could get there.

“One of my reasons for joining consultancy is that I wanted to understand how business works, how to build these giant companies from the start, but I felt like I lacked this knowledge of how to start it. So, I decided to join a startup, I moved to Silicon Valley to join a startup with just two founders.”, explains Nicholas.

He started exploring the field of AI, the startup previously named Sourceress, was working on an Artificial Intelligence tool, and Nicholas was in charge of business relations. They became part of one of the biggest accelerators of Silicon Valley, Y Combinator, for three months. With excitement in his eyes, he shows that the experience was incredible and very intense. While working 100 hours per week, they were able to grow the company to immense revenues, from 100 thousand dollars per year to over a million dollars per year within those 3 months. Followed by a seed round funding of 3.5 million dollars. He was then promoted to Head of Business and was managing all the business functions, customer success, finance, operations, etc. After another year and a half, generally intelligent raised a series A funding round of around 10 million dollars from another Venture Capital, and at that point, he decided to part ways.

“What I learned from that experience is how to go from nothing to something and is literally just start doing, start to build something, learn as much as you can, really focus on learning, fail because failing allows you to learn. The founders that I worked for were just wonderful people and very purposeful or intentional in the way that they lived their lives. I figured out that you have to come up with a plan of what you want in life, and then start working toward that. I felt that I didn’t have that before, I had just gone from one thing to the next, seeking a new skill, new experience, but I didn’t know what I was trying to do with all of that. That is really what brought me to Albania!”

While reminiscing to a difficult period for Kosovan people of Albania he says: “Even if I go back to my childhood, especially in the war in Kosovo, there was a part of me that realized that I had opportunities that didn't exist for people back in the homeland, people that I consider brothers and sisters. Since then, I always wanted to give back, I just didn't know how and felt like I didn't have to power to change things. I tried to implement the mindset that we had in Silicon Valley, that you can change the world, is really about bringing people together, and understanding the problems that are preventing the world from being the way that we want it to be. I want Albanians to love being here and to have opportunities to develop their skills and to live lives that allow them to be fulfilled, and I find it tragic that at the moment this is not the situation. We have a beautiful culture, and I don’t feel that is something that you find everywhere, for me being able to protect that is really important.”

When asked about his plans for the future he firmly states that his plan includes living the rest of his life in Albania. In terms of work, he has started a non-profit organization named Think Albania with the idea of creating opportunities for Albanians to develop their skills, so people can compete with the outside world.

For the past year, he has been engaged in bringing foreign companies to Albania and primarily studying manufacturing. He explains that in terms of economic development, manufacturing is fundamental, and no country that has sustained growth has ever been able to get to a developed level without manufacturing. In developed countries, around 20% of their GDP comes from manufacturing, in Albania is around 6%. He expresses his worriedness that if Albania doesn’t start moving, we might not capture this thing that is just critical to building a strong economy.

On the other hand, convincing the first foreign companies will make more companies think that they can actually do business in Albania. He is open to collaborating with the government and also connecting with people who share the same vision or may want to contribute to that.

Although we have a high corruption level, Nicholas doesn’t consider this an obstacle. There are neighboring countries that have attracted great investments and their corruption is just as bad. But they have done a good job communicating to companies, showing them that they can be safe in their country, that the government will make sure that they don’t run into problems.

How can we also do that? It’s the government's job is to be proactive, he says, and we are starting to do it. There are a couple of companies that in the past few years have come to Albania and they are doing well and they are proof of success. He believes in communication and making companies feel comfortable in the Albanian market, but there are also some more concrete things to work on. For example for manufacturing, they need a lot of engineers, it’s not just operators, he explains that we need a lot of people with technical experience. One of his ideas is to get all the universities together, put together a sort of a coalition to design the curriculum based on the market's needs, and get the students prepared for the workforce.

The goal of economic development, according to Nicholas, is to have diversity, so when one industry falls, the others can support it. He thinks software engineering is coming more and more to value and we need to be developing on that aspect, we need to increase our skills on that. Albania also needs to not lose focus on the older industries, as they still have a lot of importance and a good idea would be to get them to develop their own startups.

“We are a really small country and we should stop competing with each other and think of ways to cooperate so we can start competing with other countries.”, states Nicholas.

Asked on his message regarding the young workforce that want to leave the country to find better opportunities elsewhere he says: “I do understand that is difficult when you don’t have an opportunity, I left Detroit and moved to Arizona because I wanted to live somewhere where people wanted to be. It's hard saying don’t go when I did the same but I would say don’t focus on materialistic things like money, Albania offers things that you are not going to find elsewhere. My advice would be to evaluate what choice you are making, having money isn’t going to make you happy, focus on your wellbeing.

Understand what your values are and have a clear goal in mind. Is it a 70 hour week or is it a 40 hour week so you can spend enough time with your family? Is it having a beach within an hour, or is it having mountains that you can climb through? There are incredible things that Albania offers and any international you can talk to that comes to Albania is just amazed and their mind is blown as to why people are leaving, myself included."