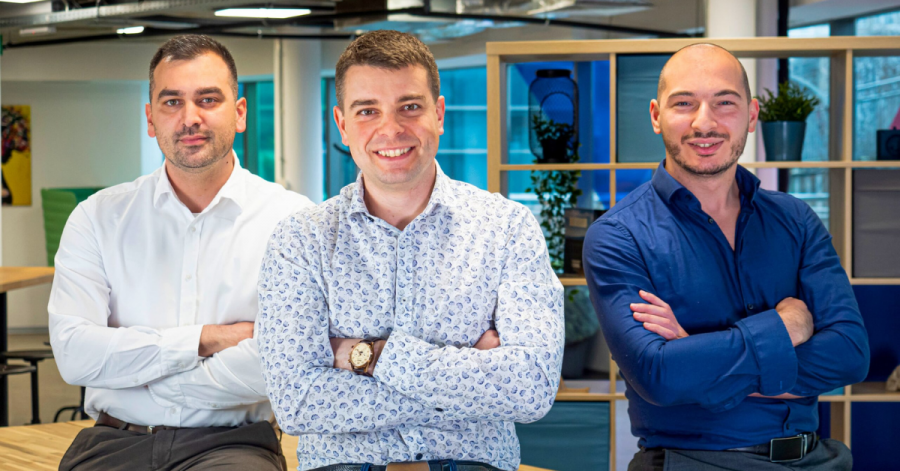 “Becoming the first unicorn in Bulgaria is a huge testament to the hard work and resilience of our team over the last three and a half years. We are just at the beginning of our journey, and we cannot wait to continue reinventing how businesses manage their payments,” Hristo Borisov, CEO and founder of Payhawk, shares.

The news comes only three months after the first closing of Payhawk’s Series B, which was the second-largest Series B round for a B2B company in the CEE region. In November the company was valued at $570M. After the round, Payhawk continued to double its annualized recurring revenue (ARR) every quarter.

The management will use the funds to further grow its product team, to double down on its efforts to develop product features, and expand the sales and marketing team in preparation to enter new markets, including the US market, in 2022.

“Payhawk is more than just spend management software. It’s a one-stop-shop for finance teams to consolidate the previously disparate systems required to spend, track, process, and budget corporate funds. After getting to know the team for over a year, we’ve been blown away with their pace of product development, building the most comprehensive solution in the market in less than four years,” Arsham Memarzadeh, Partner at Lightspeed Venture Partners, comments.

The unicorn journey of Payhawk: A series of milestones

Payhawk seems to be one of the fastest-growing tech companies in Europe, judging by the speed with which it reached its unicorn status. In perspective, it took Klarna 6 years to hit the $1B valuation, while Wise (Transferwise) did that for 5 years.

The company is the first SEE startup, which caught the attention of Lightspeed Venture Partners, an investor in unicorns and corporations such as Cisco, SAP, Snapchat, and Elementor. The round also marks the first Bulgarian investment of Endeavor Catalyst, the co-investment fund of Endeavor.

Payhawk currently serves companies, which come from all kinds of industries, in 30 countries and use a variety of currencies and payment methods. Its customer base includes fast-growing, mid-sized, and large companies like LuxAir, Lotto24, Viking Life, Gtmhub, Flink, MacPaw, and By Miles.

It all started with the idea that the founders wanted to build a big company, for which they needed to address a big problem in a big market. Their initial idea was connected to the fact that mid-sized and large businesses manage lots of payments and subscriptions, while having little control over them. After creating their first prototype in 5 days and doing a good amount of customer development interviews with international financial directors, the founders of Payhawk realized that there was a need for a consolidation of solutions in the expense management market.

“We always knew that we could build a big company if we addressed a significant problem in a large market. The size of the opportunity still drives our growth and ambition today. Every employee that deals with company payments feels that there should be a better way to do it, but this huge problem was never tackled by a strong product team with hardcore engineering background. This is what Payhawk brings to the market,” Borisov highlights.

The company’s CEO has previously shared for The Recursive that some market trends the pandemic brought have further expanded the opportunity for Payhawk. For starters, businesses are now managing larger online budgets. In addition, many businesses were faced with the task to scale their financial departments internationally, and to seek solutions that reduce inefficiencies and cut down on costs.

Finance teams still have to do a lot of manual work as they use disconnected tools for cards, payments, invoices, and expense management. Payhawk’s unique value proposition comes from the fact that it combines these key elements in a single platform. The company also provides an industry-first 3% cashback on card payments up to the full subscription amount.

The road ahead of the unicorn

Guided by the ‘pay it forward principal’, the company will now strive to become a catalyst for the Bulgarian startup ecosystem. Payhawk plans to grow its product team by adding 60 experienced software engineers in Sofia with the goal to develop new features such as mileage tracking and extend some of the existing features for enterprise customers. The company also aims to open three new offices – one in Amsterdam and one in Paris in March, and one in New York in September.

In total, Payhawk expects to triple its employee base from 100 to more than 300 by the end of 2022 as it prepares for market expansions and foresees the need for increased sales and marketing efforts.

The company is also working to develop a credit card business model by partnering with banks. By doing so, Payhawk aims to get ahead of the competition as no other company in its sector is currently offering credit lines to its customers.

Before becoming a founder, Borisov spent more than 10 years in the software company for developer tools Telerik that was acquired by Progress for $262.5M back in 2014 in the biggest exit in the Bulgarian ecosystem. Working his way up from a Software Developer to a Director of Product Management, he had the chance to experiment with intrapreneurship projects while in the company.

According to Hrsito Borisov, the experience he has gained while working in Telerik has been decisive for developing Payhawk into the organization it is today. The founder has shared that the Telerik team has allowed him to gain the confidence that the Bulgarian tech community has all the skills and qualities needed to build a world-class product. In addition, Borisov has shared that in order to grow sustainably, the team of Payhawk has always stayed focused on developing and innovating insead of fundraising.

As recently reported, 40% of the top-performing founders in the local ecosystem share they have been a former employee or previous founder of a local scaled tech company. The success story of Payhawk seems to be no different. Moreover, the first supporters of the business idea of the founders were their ex-employers at Telerik – Svetozar Georgiev and Vassil Terziev. The Sofia-based VC Eleven Ventures was Payhawk’s first institutional investor.